If you are looking for a great hamstring workout with the best hamstring exercises, you have come to the right place. This is extremely important; if you go to any bodybuilding show you will probably see that nearly every competitor on stage has a great chest, arms, and, if they dieted correctly, abs. These are the muscles that most bodybuilders focus on and covet. As you look at that same lineup you will notice that fewer bodybuilders have great backs and quads.Those competitors realize that a great back and quads are the difference between a middle of the pack finish and placing near the top of the class. If you look even closer you will notice that only one or two competitors will have really great hamstrings. Since it is so rare to see, few things catch a judge’s attention more than hamstrings that look like steel cables running down the back of someone’s leg. That is why having a great hamstring workout with the best hamstring exercises is important.

Even bodybuilders that train legs hard tend to neglect hamstring exercises. Quads tend to be given the most attention during training, with hamstring exercises just being an afterthought. Having a great set of hamstrings is one of the easiest ways to set you apart from the rest of the pack.

As bodybuilders we are always looking for ways to get an edge on other competitors. Spending some time focusing on hamstring training can be your secret weapon.

As with any muscle group, learning the functions of the hamstrings is crucial to putting together a well rounded plan. The hamstrings have two primary functions. The first is knee flexion or bringing the heel towards the buttocks. This is movement that is utilized during any kind of leg curl. 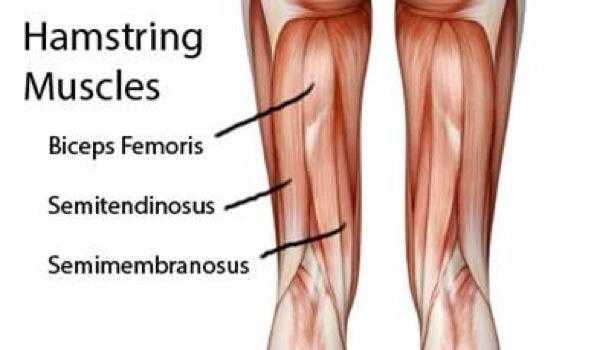 The second function of the hamstring is hip extension or moving the leg to the rear. This type of movement is utilized during the stiff leg deadlift. This is arguably the best hamstring exercise. Most bodybuilder’s entire hamstring workout consists of just a few sets of leg curls at the end of their workout usually in the 8-15 rep range. Many bodybuilders mistakenly believe that the hamstrings receive enough stimulation from squats and leg presses; therefore, all that is needed is a few sets of leg curls to finish them off.

The problem with this reasoning is that research has shown that pressing movements such as squats and leg presses only provide about 70% of the hamstring stimulation that stiff leg deadlifts and leg curls provide.1 This may be fine for some, but for those looking for extreme hamstring development squats alone aren’t going to cut it.

How to Train Hamstrings

Even though leg curls provide superior stimulation as a hamstring exercise, they should not be used as the sole means of training in your hamstring workout. This would be like only doing cable flys for all your chest workouts. For total hamstring development both knee flexion and hip extension movements should be used and a regular basis. Every different angle used to train the hamstrings will stimulate them in a different way. Also, most people tend to use high reps because it allows them to feel their hamstrings working during the set. Although, it is good to include high reps for all body parts, hamstrings will respond best to low reps and powerful movements since they are composed primarily of fast twitch fibers.

If you are looking to have an edge at your next show, try this hamstring workout to start forging some steel cable hamstrings of your own.

Begin every workout with:

During the first 4 weeks of this program, legs will be trained twice per week with the first workout consisting of heavy weights and low reps. The second workout of the week contains a higher rep scheme with a little more volume. The concept of one heavy workout and one light workout per week is nothing new. Bodybuilders have been using this technique for some time now. Taking this proven method and using it to focus on the hamstring exercises will build a solid strength base while also allowing for use of multiple angles of training in moderate rep ranges that will produce maximum hypertrophy.

For the final two weeks of the program, the legs will only be trained once per week. During this time the hamstrings are hit with a variety of flexion and hip extension movements for all rep ranges. These workouts really crank up the volume and take a lot of sets to failure. Although adding a lot of volume and intensity can be very effective it cannot be used for very long. The hamstrings are a relatively small muscle group and can very easily be overtrained. This is why this type of training only lasts for 2 weeks

This program is very short, only six weeks, but during these six weeks you can lay a foundation for your hamstrings that will carry over to all other leg training. One final note about hamstrings, building the greatest hamstrings in the world will do no good if you fail to get lean enough on show day. Hamstrings are one of the last places your body will drop the fat. Fail to get lean enough and you might as well be wearing pants because nobody is going to see all the hard work you put in.

Hamstrings may be considered just a minor detail to most, and not as important as other body parts. In bodybuilding, the difference between those that are good and those that are the best is in the details. So start making hamstrings a priority and you’ll see that this little detail can carry a lot of weight come show day. 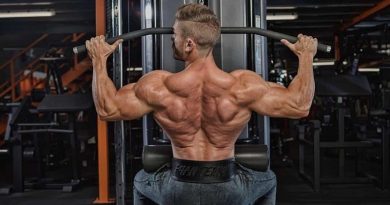 5 Top Most Important Features of Wrist and Knee Wraps 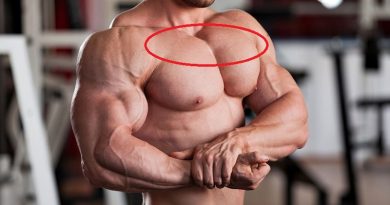 5 Ways To Pump Up The Pectoral Muscles